A little bit more about me ...

As an experienced website designer, and award-winning social media specialist based in Tralee, Co Kerry, I started working for the Rose of Tralee International Festival  in 2003.

I have designed websites for many successful businesses, and have qualifications in Social Media Marketing and WordPress for Business.

For over ten years I had responsibility for the Rose of Tralee International Festival's digital profile, including social media and online content.

The Festival's social media campaigns won several awards, namely the industry gold award for Best Use of Social Media at the Accenture Digital Media Awards, the Rabo Tweetie Most Popular TV Programme, and Best Social Media Marketing from the Association of Irish Festivals and Events. As a result, the Festival has a healthy digital marketing following and a visibly active presence on social media.

I wrote the screenplay, co-produced and starred in the short film Silence is Golden. Made and filmed with three other women in Co Kerry, Ireland, Silence is Golden has been shown at the Dingle, Kerry and Waterford Film Festivals. Additionally, it was also featured as part of 16 Days of Action Against Gender Violence.

For two years running I was a judge for the Cork Digital Marketing Awards.

In January 2020 I became an Irish Citizen. 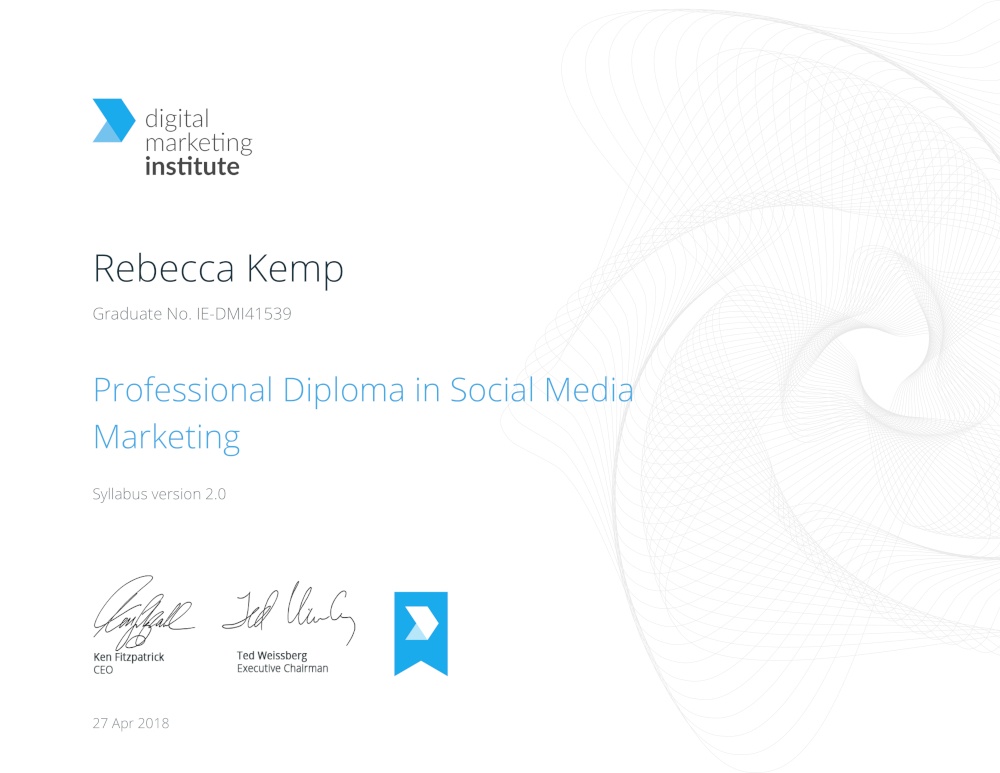